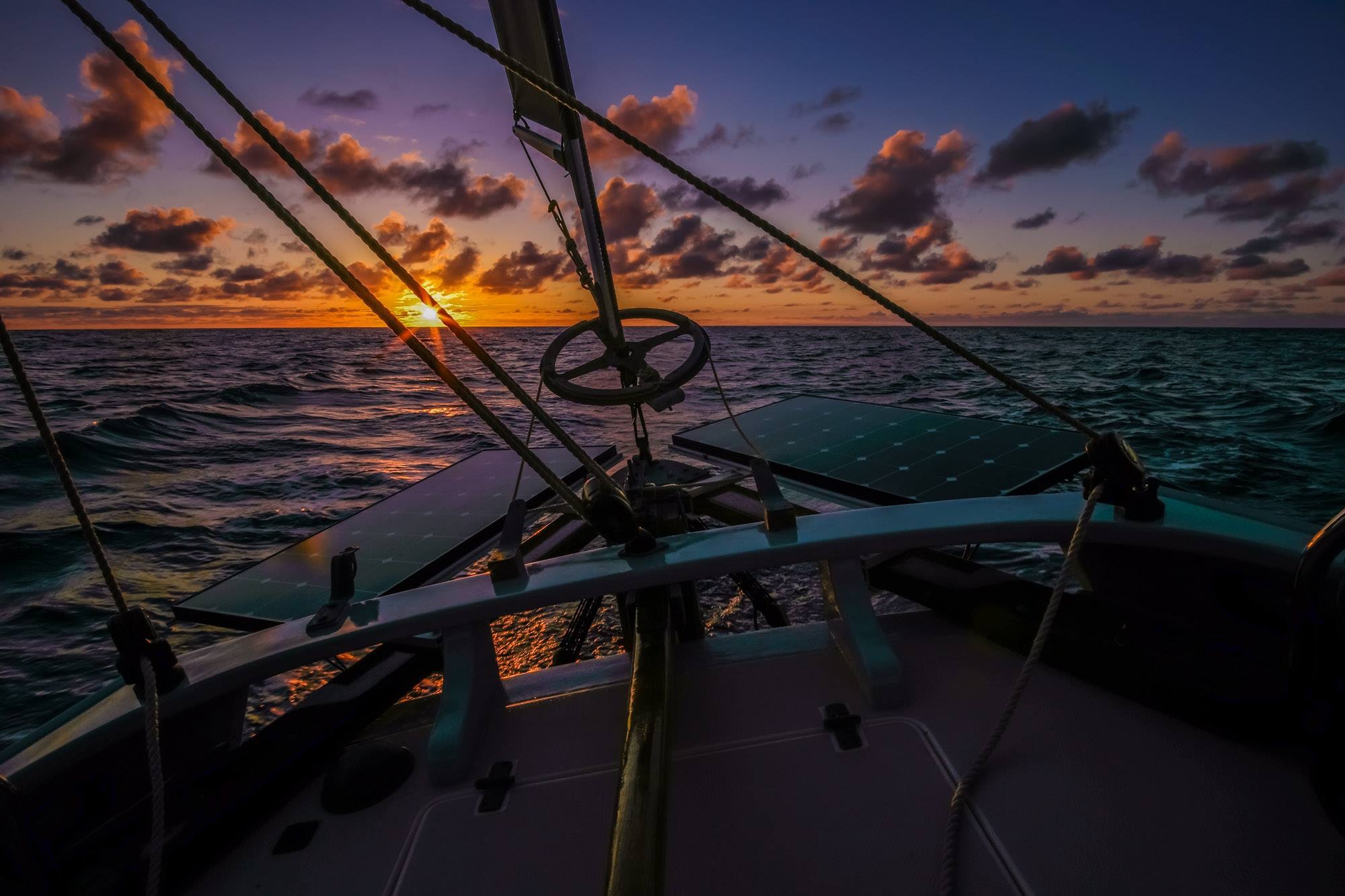 Even though I have an engine now. I thought you all would enjoy this story from the days of sailing on my 22′ Falmouth Cutter, Anglesea, without an engine.

It’s the morning of December 21st, the winter solstice and a total eclipse of the moon. I’m up early (4am) watching the eclipse from my balcony over looking the north side of St. Thomas. The moon is in full eclipse and you can see almost every star in the sky! absolutely gorgeous! It also reminds me of the most wondrous night I ever spent at sea.

It seems that cruising forums are mostly full of horror stories about catamarans flipping over, pirates, CG boardings, tsunamis, storms and the like. So I decided to write about the magic that makes it all worth while.

To set the stage, my wife (then) and I were on a 6 month cruise of the Sea of Cortez. Our boat was a 22′ engineless Falmouth Cutter by the name of Angelsea. Many times I have been asked what it was like to sail without an engine, what kind of inconveniences did I encounter? After sailing Angelsea for 16 years I can only remember not making port when desired only a few times, but this was to be one of them.

We had departed La Paz early in the morning with our sights set on anchoring for the night at Isla La Partida, about 25 miles to the north. The wind was extremely light and with our asymmetrical flying progress was slow. Needless to say we could not make the anchorage that night. We were going to heave to and enter at first light. Finally the decision was made to sail to the next island overnight and catch Isla La Partida on the way back. Our destination now was Isla San Francisco about 20 miles further north. 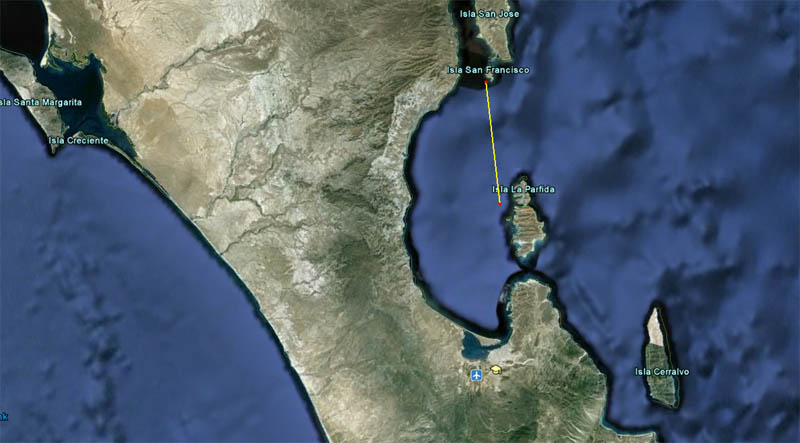 The sea of Cortez

Finally about 2000h the wind filled in from the NNW around 12 knots. We were close reaching and making about 5 1/2 knots. The self steering was working away without a complaint. It was turning into an absolutely wonderful sail, but more was to come.

The night was moonless and totally clear. With no light pollution around you could see every star in the sky! We were also experiencing phosphorescence. A great deal of it. Our wake was absolutely aglow. But wait…it gets better still. I have not seen this before or since, but the surface of the water was covered in the little things that cause phosphorescence. It was like Tinkerbell and scattered pixie dust on the surface of the water. The experience was akin to sailing in a sphere of stars. The night was black with a million points of light.  WOW! But wait, it gets EVEN better. Off our starboard beam we saw about a dozen bright tubes of light rushing toward us. It was like somebody had just fired torpedoes at us. DOLPHINS! With these guys zipping and zooming around us with the bright phosphoresce, it was magical.

After about an hour we sailed out of the surface phosphorescence. The dolphins were off to find someone else to buzz. We sailed on to Isla San Fransisco. Arriving around 0300h we hove to and got some sleep. At first light we entered the SW anchorage of Isla San Fransisco, as visions of sugar-plums danced in our heads.

For more great stories and sailing stuff in general Visit our page at patron.com/angelsea/ your support will allow us to continue to publish and soon to create videos.